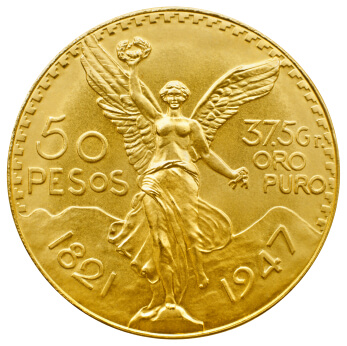 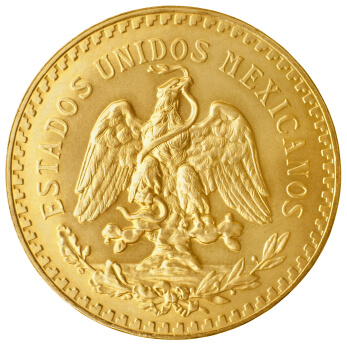 A Mexican gold coin, 900 thousandths, 21.6K, weight 41.6666 grams, of which 37.5 grams are pure 24K gold (an ounce and a half).
The coin was first issued in 1921 in honor of the 100th anniversary of the end of the Mexican War of Independence (following which Mexico was free from Spanish Colonial rule, and the First Mexican Empire was founded), and hence also its name, the Centenario (centenary). Its design is also connected to Mexican independence – on one side is an image of the "Angel of Independence” statue, and on the other side, symbols with importance to Aztec culture (eagle, snake and cactus).